As you start designing applications for BlackBerry devices, think about how you can create rich, compelling, and personal experiences for your users. Most users want applications to be intuitive and satisfying to use. Consider additional attributes that are important to the majority of your users. For example, most game enthusiasts want to play entertaining, visually appealing, and challenging games. Contrast these attributes with utility applications that need to focus on productivity and efficiency.

The design process involves evaluating choices and making decisions. As designers, you shape the user experience by balancing user goals with the data, environment, and usability requirements of the application. The best way to find out if the application successfully integrates the most important attributes and requirements is to evaluate it with users. 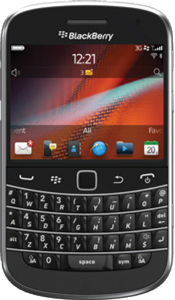 This section provides guidelines on how to approach application design, with specific considerations for BlackBerry devices. It does not tell you how to build an application.


Got questions about leaving a comment? Get answers from our Disqus FAQ.