Some BlackBerry smartphones have an OLED screen instead of a traditional LCD screen. From a visual design perspective, this type of screen has higher contrast and clarity than an LCD screen. However, the lighter the image on the screen, the more power the device consumes.

Additionally, brighter pixels burn down faster which can cause an undesirable screen effect called burn-in, where pixels lose their luminosity and color vibrancy over time. Think of each OLED pixel as a candle. When you burn a candle, it burns down slowly and never recovers. The higher the flame on the candle, the faster it burns down. 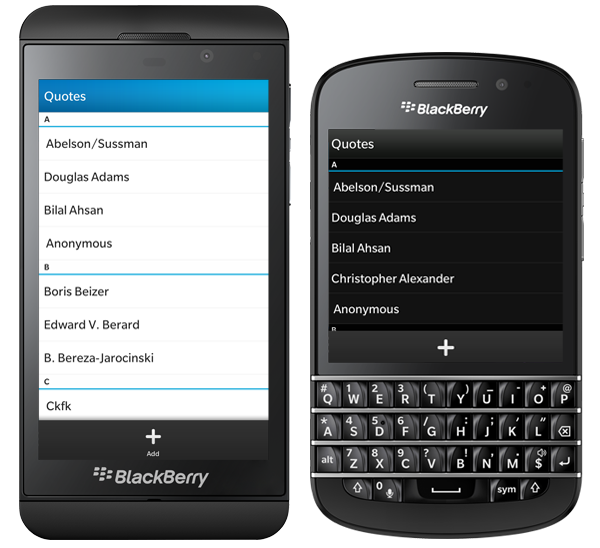 Adapt your color scheme. Bright colors and UI components in static positions (for example, title bars and action bars) can increase screen burn-in. The darker an image is, the less power it uses. Try and use a black theme and adjust light backgrounds to use less power while still preserving readability.

Consider removing subtle patterns and textures. Use pure black where possible. Using pure black also allows you to blend the UI with the black hardware elements that surround it.